The longest stop on our honeymoon adventure…Dubrovnik, Croatia!! Most people haven’t heard of Dubrovnik…but if you’ve watched The Game of Thrones series then you’ve actually seen lots of Old Town Dubrovnik!! Dubrovnik feels like a different era…the city walls and buildings have really stood the test of time…just gorgeous!! 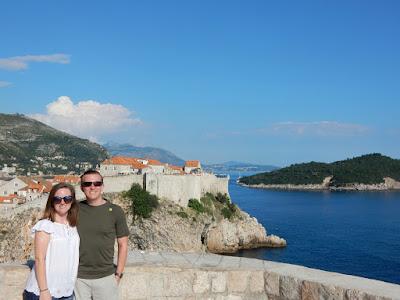 What to do in Dubrovnik??
We arrived in Dubrovnik around lunch time…so we dropped off our bags and found a nice little restaurant just off Stradun.  Stradun is the main street in Old Town Dubrovnik…very pretty street with lots of restaurants and shops.

After lunch we just enjoyed walking around Old Town Dubrovnik.  Around 6:00pm we headed to Onofrio’s Fountain for our Dubrovnik and Game of Thrones Walking Tour (purchased tickets in advance here). It was a great tour…we learned about the history of Dubrovnik and talked about some of the filming for The Game of Thrones. After the tour we tried to get some drinks at Buza Bar but it was super crowded. I’d definitely recommend coming here for a nice view of the sunset…just make sure you get there about an hour before sunset.

Day two we had purchased tickets for a day trip to Montenegro. We got our tickets through Viator for $60 a person (link here). It was a very nice tour…definitely worth the price!! They picked us up at Pile Gate just outside of Old Town Dubrovnik. Then we drove to Kotor, where we got to spend a few hours on our own.

Neil and I decided to hike the city walls up to St. John’s fortress…but we quickly changed our mind. It was a gorgeous view but it was hot and I wasn’t wearing good hiking shoes…okay fine I’ll admit it…I was wearing sandals. We also didn’t have a ton of time so we turned around after a while and went back into town.

I’m glad we went back into town because we got to play with a ton of baby kittens!! Cats are all over Kotor…they’re a symbol of good luck there!! Everyone feeds the cats and loves on them…it’s like cat heaven!!

After Kotor, the tour continued on to Budva.  It was slightly raining so Neil and I just stopped at a restaurant for a nice relaxing lunch. We didn’t get to see a lot of Budva but it looks neat and it appears to have lots of night life. After Budva, we drove back to Dubrovnik…it was a long day!! I’m not sure I’d really recommend visiting Montenegro. I felt like Kotor and Budva were similar to the cities we’d already visited in Croatia…but not as nice.

Our third day in Dubrovnik was the best!! We rented jet skis through Gari Transfer (link here)….we rented them for the whole day!! They picked us up at Pile Gate…we just called them the day before and set up a time…super easy!!

We rode the jet ski around Lokrum and then along the city walls of Dubrovnik…such a pretty view!! We then road over to the blue caves and did a little snorkeling!! I saw a picture of the blue caves on Pinterest a few years ago and it’s been on my bucket list ever since.

Once we had finished snorkeling, we headed over to Sunj Beach…one of the nicest sandy beaches in Croatia (according to some of the locals). We spent hours just relaxing at the beach…we had the perfect weather and the water felt great!!

We headed back to our hotel and spent the evening walking along the walls of Dubrovnik. We stopped at a little cafe to enjoy a drink as the sunset…such a great way to end the day!!

On our fourth day in Dubrovnik we booked a day trip to Bosnia. We got our tickets through Viator (link here) for about $52 per person. Now this tour was AMAZING!! Again they picked us up just outside of Pile Gate and drove us to Stanica Ravno our first stop of the day. We enjoyed a nice cup of coffee and took a little restroom break before continuing on to Mostar.

When we arrived in Mostar the guide told us a lot about the history as we walked through town and then took us a Turkish House. I wish we would’ve skipped the Turkish House part of the tour because I felt like it wasted our time. We really didn’t get to spend very long in Mostar, I definitely could’ve spent several hours there. The food was amazing and there were so many cute shops!

After a few hours in Mostar, we loaded the bus and continued to Kravice Waterfalls.

What a sight!! It’s a little bit of a hike down to the waterfalls but they’re gorgeous!! The water was super cold so I didn’t get in all the way but it was nice to dip my feet in for a bit. Plus it was breathtaking…one of the prettiest places I’ve ever been!!

We grabbed some ice cream on the hike back up to the bus and headed back to Dubrovnik. Once we got back to our hotel, we quickly cleaned up and headed out for the evening. We went to a local restaurant, where we watched the first half of the World Cup!! It was the semi-finals and Croatia was playing!! After dinner we walked to the town square and watched the game on a big projector…so exciting!! Watching Croatia play the World Cup while we’re in Croatia…so exciting!! Great way to end our trip in Croatia!!

Where to stay in Dubrovnik??
We stayed outside of the city walls in Split and Korcula…so we decided to stay inside the city walls while in Dubrovnik. It was really hard to find a reasonably priced place…but we eventually found Rooms Kazerma (link here). It was one of the cheapest places we could find in Old Town Dubrovnik…but we decided location was key for Dubrovnik. Staying in Old Town (or just outside the walls) allows you to enjoy the city more. We would walk around town every evening…it was so nice!!

Now…if you stay in Old Town Dubrovnik…be prepared for LOTS and LOTS of stairs!! I think we climbed maybe 8 flights of stairs to get to Rooms Kazerma. Old Town Dubrovnik is shaped like a stadium…so everything along the main street is like level one and then as the streets go north or south…they go up!! Basically with every street…you go up another flight of stairs. Not gonna lie it was hard carrying up all of our luggage!!

Also…just a side note that the rooms are pretty small here!! This was the smallest room we had throughout the entire honeymoon…we were definitely cramped!! But again…it’s all about location!! It was located in the walls of Old Town Dubrovnik, it was clean, and it was affordable…so we can’t complain to much.

How to get around Dubrovnik??
I’m gonna start by saying do NOT rent a car!! It’s so hard to find parking around town and you really have to know where you’re going…lots of one way streets and it seems like a maze sometimes. Lots of businesses and tours will pick you up at your hotel…super easy!! Everyone either picked us up at Pile Gate or at the Hilton hotel just a block away….again no need to rent a car!!

We also used the bus to get from the ferry to Pile Gate and then we used a taxi to get from Pile Gate to the airport. You’ve probably heard me talking about Pile Gate a lot…it’s one of the main gates into Old Town Dubrovnik. Cars can’t get inside the city wall so that’s why we had to get picked up at Pile Gate every day.

Where to next??
The honeymoon adventure continues in….Santorini, Greece!! 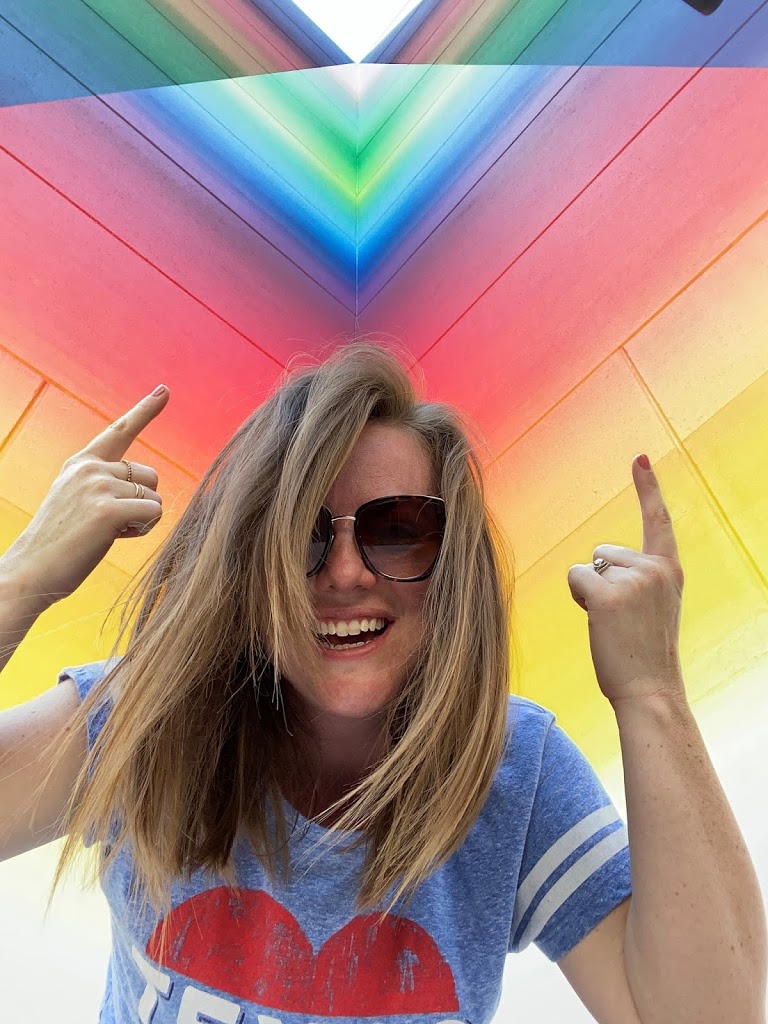 I believe that adventure can be found in our every day life. We're surrounded by adventure, it's all just a matter of perspective. In our ability to look at the ordinary and see the extraordinary. We don't have to travel the world to find new experiences. New experiences/adventures are as easy as trying a new recipe, going to a new restaurant, trying that DIY project you've been reading about on Pinterest, and exploring our surroundings!! Adventure can be found in your own backyard!! Looking ahead at this upcoming school year and won

We survived one year of complete chaos with this l

I’m already wishing it was the weekend... anyone

Just picked up my next project!!! Ok....maybe it's

Our next project...updating the "formal dining roo